You grant your consent to all cookies by clicking on the “Accept all” button. If you want to accept only technically necessary cookies, click on the “Only necessary“ button.

Accept all Only necessary Settings
Menu

About the village > Cultural monuments > Icons of the district Bouzovsko

Icons of the district Bouzovsko

List of cultural monuments in part of Bouzovsko and their renewal and renovation with the support of the municipal office Bouzov.

The largest restorations and reconstructions of these landmarks in the territory Bouzovsko were carried out in the period from 2007 to 2013. These activities were accomplished thanks to the financial support from the municipal office Bouzov and thanks to concerned citizens. The citizens were working for free in reconstructions of monuments and procured the sacred images.

The reconstruction of calvaries in Kovářov and Hvozdečko were mainly funded by citizens of these villages. The image of the Sankten Filomena was manufactured and financed by a private person.

The reconstruction and maintenance of most sights were carried out and completed this year. Some of the attractions were placed in a place where something important happened in the past. Some were placed at intersections of roads, they were served as points of reference for military maps or for tourists. In many cases we haven´t known the reason of their creation any more. Up to these days, there are left only a few legends about these cultural monuments. Some of them have even been mentioned in the register applications. 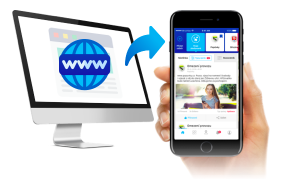